Bee Afraid Bee Very Afraid: Why is my Dog so Fearful? 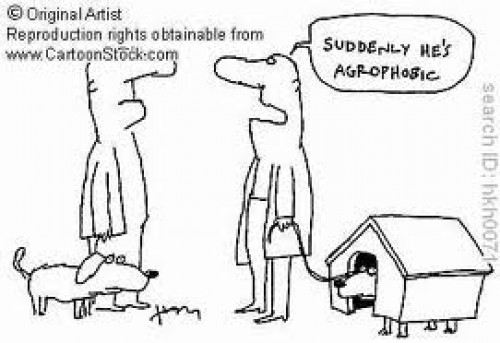 Well after a few pretty cold days we’re back to sunshine, lollipops and rainbows my friends! Along with this weather comes a curious quirk in my oldest dog Quincy. Every time I open the door to my balcony to let in the fresh air he high tails it (or low-tails it, since his tail is jammed between his legs) into his crate or, failing that, into the bathroom behind the toilet.  Weird? I would have to agree with you that, yes, it looks as strange as it sounds.  I mean, what kind of dog wouldn’t be happy to bask in the afternoon sun outside while watching the day go by? This is a classic case of what we call GENERALIZATION.  Dogs with weird phobias often don`t just start out that way; rather, it’s a process that slowly evolves through experiences over time.

Where it all Began

Let me take you back to the beginning.  Three years ago, my little boy was frolicking in the grass at a local dog park in my neighbourhood.  This happened to coincide with the time when all the wasps are hiding out in the grass.  You can probably guess what happened next.  Poor Quincy got stung on his groin and ran as fast as he could yelping out of the park.  I was terrified that he was allergic so I called my Vet who told me to wait it out. Poor little boy.  He probably would’ve been fine had it not happened AGAIN a few weeks later.  It was in the same spot on his groin but at a different park.  I mean, what are the chances???

“It’s important to be very careful when dealing with fear-based behaviours.  Avoid punishment of any kind. I’m not saying that punishment won’t work-of course it works.  The problem is that punishment suppresses behaviour, it doesn’t change behaviour.”

Not long after that I noticed that every time Quincy would see a bee in the grass he would bee-line it (hee-yuck, hee-yuck), as fast as his little legs would carry him out of the park.  Ok, so now he doesn’t like bees in the grass, which isn’t such a big deal right? Wrong.  We had the misfortune of one single bee getting into our living room and Quincy just about lost his marbles.  He was scooting around the living room looking for a rock to crawl under while I frantically tried to murder the flying black and yellow beast.

I figured that would be the end of it until a few weeks later we ended up with a serious infestation of flies because of our door constantly being open.  Quincy (of course) generalized the buzzing sound to not just bees, but now flies! So whenever he saw a fly in the house he’d seek solace yet again behind the toilet shaking like a leaf.

Because my little man is a genius, he gradually figured out that the flies were more likely to come in if the door was open.  So what started out as a legitimate fear of being stung has evolved into a serious fear of an open balcony door!!!

The point of this story isn’t to make you feel better about how normal your dog is.  The point is to highlight the fact that behaviours are never as simple as we think they are.  If I were a certain “whisperer” on TV I might force my poor dog to stand out on the balcony and punish him for running away, but I’d fail to take into into account the layers of the problem.  Sometimes what you think is the problem isn’t actually the problem.

It’s important to be very careful when dealing with fear-based behaviours.  Avoid punishment of any kind. I’m not saying that punishment won’t work-of course it works.  The problem is that punishment suppresses behaviour, it doesn’t change behaviour.  Spraying Quincy with a water bottle will not make him any less afraid of an open door.  What will make him less scared is slow, gentle reintroduction to the open door at a level that he can handle.  I might leave the door open just a tiny crack and give him treats as long as it’s open.  If I follow that process, slowly building up to a fully open door, making sure to go at Quincy’s pace then we’ll have much more success and a much more happy little stinker.

If you really want to get proactive, get your puppy started early.  Not sure how? We’ve got a handy little cheat sheet for that;) Click HERE to download it.