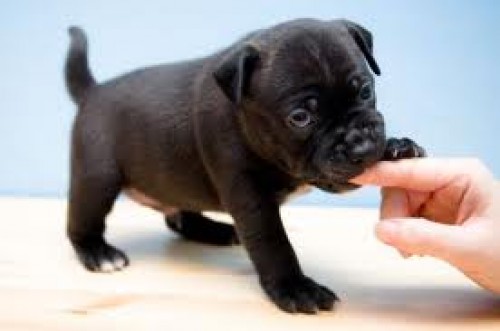 Hi dearest readers. This week I bring you a departure from the norm. A little change just to keep your week spicy and interesting. That change comes in the form of my business partner Jon Fowles. He’s this week’s guest writer for Canine Confessional. Enjoy!

Danielle has posted the last few blogs so I thought I would take a stab at it.I was recently over at a client’s home training their new puppy. I asked them to make a list of things that they would like to work on. The list included dealing with regular puppy behaviours like jumping and destructive chewing as well as house training, and basic commands. The list also included problems with their puppy nipping. I told them that nipping is a part of puppy development. Most puppies explore the world through their mouths and though it is a normal behaviour, it still hurts. And, as they had two small children their puppy thought were new chew toys, it was a behaviour they wanted to fix right away.

The first thing I told them was that when the puppy nipped at them they should say “OUCH” in a high voice. This would mimic the behaviour of another puppy and their puppy would realize that they were mouthing too hard. What in fact happened is that the puppy got way too excited with the parents “ouching” and started nipping even harder.

They next step was to stand up, turn their back and ignore the puppy for a minute or two. The idea is that whenever the puppy nips it loses something really, really good (i.e. the person it is nipping). This worked very well and the dog stopped nipping during the training session. Overall the training session ended up to be a real success and the clients were happy with the results.

On the way home I thought about telling the clients to “OUCH” the puppy. It was a mistake. I often tell people that they should not humanize their puppy as it is not a human, and I tell people not to treat their puppy like a wolf as it is not a wolf. I find it funny that people think because they are told their dog is a descendant of wolves that they should treat it as if it were a wolf. Do they really think Fluffy is a wolf? C’mon!

The mistake I made was to tell the client to mimic a puppy. Dogs are smart and know that you are not a puppy so why would you act like one. Hence why this puppy got excited and started nipping harder. He thought it was a game.

What I should have done is told the client that when the puppy mouths to say “too bad” in a calm voice, stand up, turn your back and do not engage your puppy for a minute or so. Then go back to engaging your puppy and, if need be, repeat.

I will NEVER suggest you hold the dogs muzzle, hit the dog or use anything that may cause pain to your dog. I want you to have a good relationship with your dog. I don’t want your dog to cower every time he sees you because he knows you may hurt him.

The next tip they give is to tolerate less painful mouthing and only use “too bad” for bites that hurt. Redirect your dog from mouthing you to something that you dog is allowed to mouth like toys or kongs..

I think as a dog trainer it is our responsibility to stay as current as possible. I also know that there are better training techniques being developed all the time and if we are not open to change, we are only letting down you and your dogs.