What My Mom Has Taught me About Dog Training 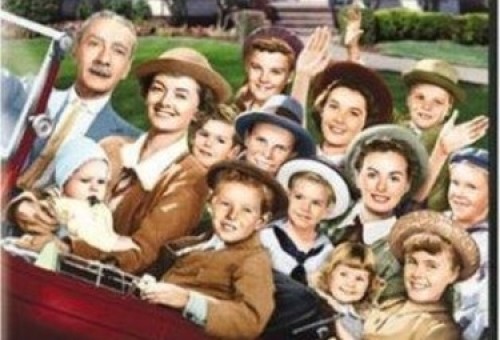 I’m one of four children.  Let me rephrase that.  I’m one of four children all born within four years.  I’m also a twin.  That means my mum (spelled with a “u” because she’s English), had a pair of twins, an eighteen month old boy and a four year old daughter by the time she was thirty-two.  And I think having two Maltese is bad.  As a result of all the insanity, my mum had to be extremely creative.  Working with behaviour as an adult, I wish I could go back in time and observe her putting Skinner to shame with the stuff she tried.  She was a virtuoso at engineering our environment in order to limit our choices (dog trainer 101) and finding ways to motivate us.  I only found out when my big sister got married that my mum used to put one single onion in a pot of boiling water and tell us dinner was “on its way” to buy her at least an extra half hour before she had to cook.  Wow.  Ingenious.

Here’s what my mum was really good at…the thing that’ll forever make me hope to be as good as she was; making us think our chores were games.  Sounds simple right? Well it isn’t.  We had two acres that backed onto the neighbourhood grocery store.  You’d think living that close to the store would guarantee her four willing, servile offspring.  Wrong.  My mum could literally never get us to run to the store for a carton of milk without a fight.  So what did she do? She played on our competitive natures.  Rather than engaging in an argument, my mum would challenge all of her kids to a race.  When it was our turn to go to the store she’d time us.  SOOO simple! The one that could get to and from the store the fastest was the winner…no prizes necessary, since we had bragging rights.

What the heck does any of this have to do with dog training?

We spend a lot of our time as dog owners fighting our dog’s natural desires.  We try to bend him to our will.  We’re constantly screaming at him to get “off”, get “down”, get “out” or “go away”.  Here’s a thought for you, why not teach him what you DO want, instead of being obsessed with what you don’t?  My mom knew she’d never get us to go to the store unless she made it motivating.  Rather than screaming at your dog for jumping, why not ask him to sit? Rather than yelling at your dog for getting in the garbage why not train in a killer recall or even an “off”?

I found this really fantastic video on youtube by a trainer named Chirag Patel.  http://www.youtube.com/watch?v=xugE8cHgpXg He teaches the pup to stop biting at his owner during grooming by having him touch his nose to a target every time he sees the grooming brush.  Voila.  Now the dog has something appropriate to do in place of biting.  Not only that, but the process of training during mild stress can actually have a Counter-conditioning effect (brush=treats).  The world becomes easier for the dog because he’s no longer being yelled at for things he doesn’t understand.  The world becomes easier for you because you can be proactive.  You no longer have to sit and wait for your dog (or your kids) to misbehave.  Instead, you can assume they’ll misbehave and engineer their world to trick them into thinking that behaving is more fun!

This week I want us all to see how many times we can put this into practice.  When you find yourself yelling, stop for a second and ask yourself if there’s any cue you could give that your dog actually knows that’s opposite of what he’s doing.  You’ll be amazed at the number of times you rely on emotions rather than old fashioned training.  Believe me, if my mum could do it, then so can we:)