Is Halloween a Nightmare for Your Dog?

Bring on the Candy!

It’s that time of year again.  You spend weeks (or minutes in my case) planning the perfect Halloween costume for you and your kids.  Your house is decorated in the most terrifying display of cobwebs, spiders and gravestones.  You’re well-stocked with the best candy you could find (who wants to be the boring house that hands out toothpaste?), and you even dressed your dog up as the perfect “Brad Pitbull”.  In all the excitement over Halloween it usually doesn’t occur to the average pet owner that it might literally be your dog’s worst nightmare, and not in a good way.  This particular holiday is way more challenging than all the other holidays for a variety of reasons.  Let me count the ways. 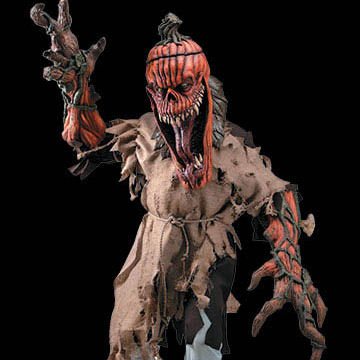 Many people’s dogs are decently socialized-especially in the city.  They can pretty confidently navigate a busy street with old people, babies, wheelchairs, scooters, high heels and everything else.  What they’ve never seen is a hundred tiny people with masks on, axes through their heads, and giant wings on their backs.  The shapes are new. The way that people move in their costumes are new.  The hoards of people out at one time is also new. Children can be scary enough to a dog even when they’re not wearing a costume!  In the words of one of my fellow Parent Educators, “Dogs like to trick or treat at home”.  Taking your dog out trick or treating isn’t the same as an afternoon stroll.  Please don’t force your dog into the middle of the festivities for the sake of “socialization”.  Instead, put him awaysomewhere safe and secure, or perhaps expose him to costumed bandits from the safety of a back room, where he can see the kids, and you can reward him heavily, but he won’t be assaulted by well-meaning “dog lovers”.

Strangers at the Door 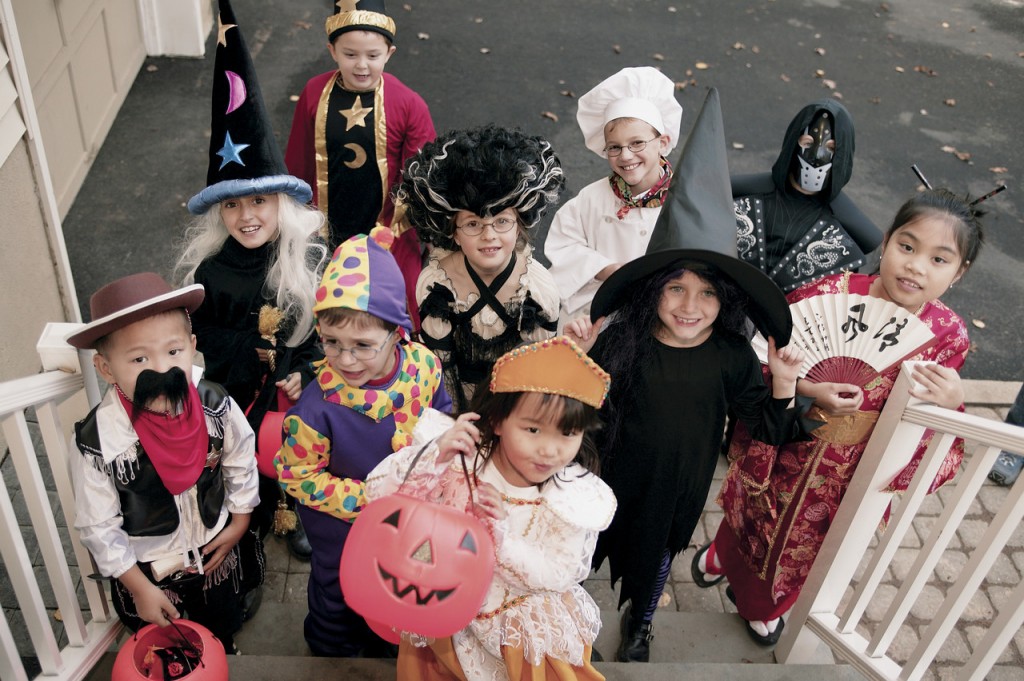 I don’t know about you guys, but my dogs don’t love it when people come over.  They’re yappy on the the best of days and they find the presence of new people stressful.  For the most part they’re able to settle once everyone is in and sitting down.  If, however, they were forced to deal with new people (dressed in terrifying costumes) ringing the doorbell, or knocking, every 5 minutes for two hours straight, they’d dissolve into a puddle of nerves.  Please think ahead.  Put your dog away somewhere safe and quiet with a delicious chew toy, such as a kong and put on some white noise, like the radio.  If it’s important for you that your puppy or dog learn to “handle” the situation, then for goodness’ sake, do it compassionately.  Reward him heavily every time the doorbell rings and throw him treats every time the kids address him.  On this particular night you’d better pay up.  I’m talking sirloin steak and all-beef hotdogs. 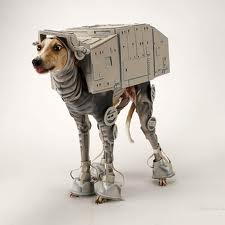 Don’t get me wrong, I love a good pet costume. I mean, is there anything cuter? It can be very scary and uncomfortable for a dog that never wears a sweater, a hat, or boots for the rest of the year to be subjected to a full costume on Halloween night.  Add that stress to all the other sounds, sights, and visitors and it’s enough to push him over the edge. Think ahead.  Incorporate your dog into your costume in a way that he doesn’t need to dress up! Think Dorothy and Toto for the terriers.  Rob Stark and his Dire Wolf for the huskies.  If you absolutely MUST dress your dog up, buy a costume the closely mimics clothing that he’s used to (and comfortable wearing).  For example, if he wears a winter coat or a sweater, keep the costume comfortable, and limited to those areas of his body. If you can see that’s he’s at ALL uncomfortable, give up the ghost (pun intended), and take it off. 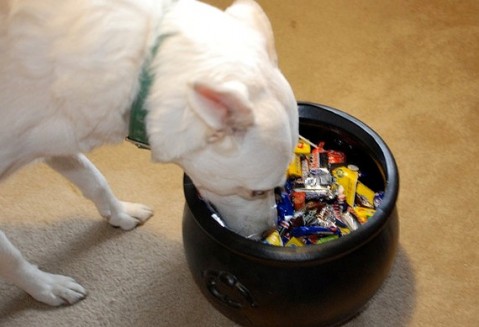 I don’t need to elaborate too much here.  We all know that chocolate can be very dangerous for dogs, and at the very least, leave you with a very sick puppy over night.  Who wants to clean up the mess after you’ve been out trick-or-treating all night?  What people don’t realize is that the many of those seemingly benign candies contain Xylitol, which is toxic to dogs. Make sure all the candies, chocolate bars, chips, and snacks are put away in a safe place. And don’t forget to dispose of the wrappers safely. Those guys have been responsible for more than one late-night trip to the Vet on October 31st.

It’s so easy to get caught up in the excitement on a night like Halloween, but we really should take a second and think about our beloved puppies this coming week.  Do whatever you can to make it as easy on your pup as possible.  Think ahead, take precautions and above all, have fun!!