The Debate Rages On: How Early Should you Socialize your Puppy?? 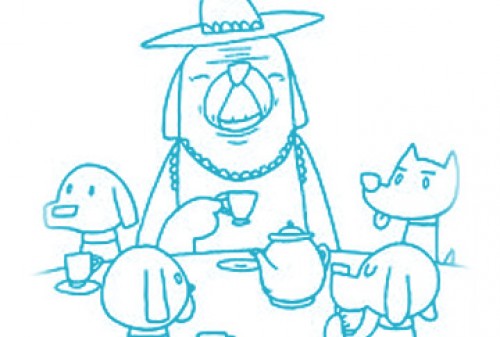 When I speak to puppy owners it’s clear to me how much they love their new addition.  They’re terrified of doing anything that might harm their beloved pup and especially with regards to vaccinations.  I mean, who wants to risk their puppy getting sick or even possibly dying?

Get Your Puppy Out and About.

I’ve had dozens and dozens of clients that literally don’t let their puppy’s feet touch the ground outdoors before its last round of vaccinations around 16 weeks and one client that didn’t allow her dogs outside! Guess whose puppy has a serious house training problem as a result?  And you know what? I don’t blame them one bit.  A Veterinarian is a huge source of knowledge for most dog lovers.  Not only a source of knowledge, but also of support and guidance.  Puppy owners, especially new puppy owners, are already feeling like fish out of water.  Their Veterinarian is the only one they can be sure has the education to back up what he’s saying-which is a lot more than we could say for a lot of trainers out there. People are wary of trusting their trainers and so they should be, but that’s for another post!

Nevertheless, it still shocks me to hear of a Veterinarian forbidding a client from letting their puppy’s feet touch the ground.  The repercussions of isolating your dog during those formative early weeks in life are long lasting and in some cases, can never be completely resolved.  In fact, if you read the AVSAB’s (American Veterinary Society of Animal Behaviour) position statement on early socialization in pups you’ll probably be extremely surprised at what you hear.  They encourage interactions with other vaccinated dogs before the pup is fully vaccinated! That’s right people, you heard it from the source.

“Introduce your puppy slowly to new environments and make sure he’s not too overwhelmed.  Don’t just toss him in the middle of a crowded dog park and expect him to “work it out”

As owners, you’re really going to have to decide what’s best for you and your dog.  As a trainer, I can tell you that socializing your pup early is what’s best for your dog. Period.  More dogs end up in the shelter because of behavioural problems due to a lack of furry friends in their puppyhood than dogs that end up with life threatening illnesses.

Do What’s Best for You and Your Pup.

While I can’t see an immediate end to all the wildly divergent opinions all I can do is hope for some sort of compromise.  There are some really great Vets out there that are progressive in their understanding of animal behaviour and will in fact, point you in the right direction.  Seek those Vets out, and above all, remember that your dog is YOUR dog.  In the end, don’t be afraid to say no to either your Trainer OR your Vet if something feels amiss.  You’ll be glad you did when you end up with a furry little social butterfly!

Don’t get me wrong, I want you to be safe about it.

Introduce your puppy slowly to new environments and make sure he’s not too overwhelmed.  Don’t just toss him in the middle of a crowded dog park and expect him to “work it out”.  Be his advocate.  Avoid putting him down in areas where there might be a lot of dog traffic and possible unvaccinated dogs, such as pet stores, or dog parks.  Instead try walking him about in your local neighbourhood, avoiding puddles (we don’t want him catching and parasites or worms), don’t let him sniff or eat poop of any kind, and arrange play dates with dogs that are fully vaccinated.  Take him in the car, to a friend’s house, even better, find a great Puppy Socialization Class!

For timelines, socialization periods, and exactly WHEN to do all this stuff, Download our PDF Guide to Puppy Socialization.